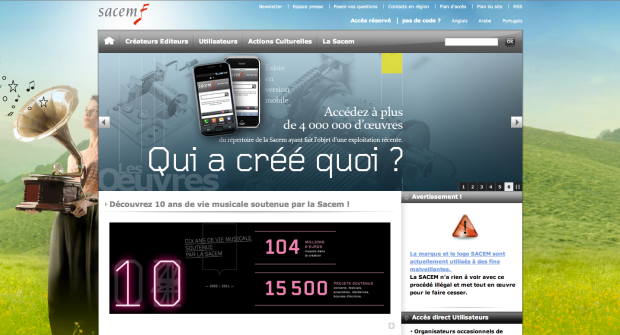 Screenshot from the front page of SACEM, the French equivalent of GEMA

eyond Germany’s borders, the debates over GEMA and its new tarif system rarely get much coverage, only spawning the occasional under-researched, “Will Berlin’s Nightclubs Perish?” sort of articles in the foreign press. But Berlin is an increasingly international city full of expatriates—many of them “creative” workers that have personal and professional links into the local music scenes here—and some of them have been blogging about this issue in their own language, explaining the issue to readers in their countries of origin while also informing their fellow expatriates in Berlin. I’ve been up to a bit of that myself in English, writing on recent anti-GEMA protests and translating pieces of German–language news items. But I can also translate from French and Spanish (among others).

So today, I thought I’d move laterally and END_OF_DOCUMENT_TOKEN_TO_BE_REPLACED

ey folks, do you party in Chicago? Are you (or were you) a part of any of Chicago’s Electronic Dance Music scenes? Well, then LMGM’s Super Funtastic Surveygasm is just the thing for you!

Well, OK, maybe it’s not as funtastic as the title suggests; and it’s probably not going to give you an orgasm (if it does, don’t tell me). But you will be helping me out and contributing to a better understanding of the Chicago scene(s). This survey is primarily background research for a magazine/journalism article I’ll be writing soon on “Clubbing in Chicago,” but I’m also planning to use the results as another source of data for my own dissertation research (for which Chicago is one of 3 main research sites). As an added plus for all those who participate, I’ll be publishing some of the preliminary data on this blog; also, on the survey form, you can opt-in to be contacted when I publish the results.

The survey is anonymous and should take no more than 15 minutes. So, grab a drink, make yourself comfortable, and click on the image of Mr. HappySurvey below to begin: 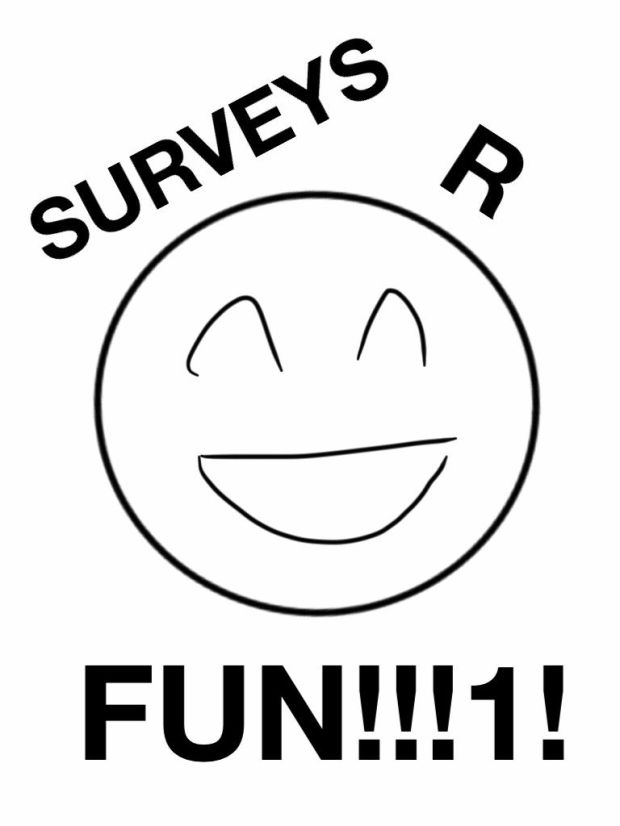 ne of the things I’ve promised on this new version of my blog is reviews/summaries of scholarly texts that I’ve been working with, so here is my first attempt. Lately, I’ve been really inspired by Nigel Thrift’s work. He’s a UK geographer (thanks, LB!), working in urban studies, who has been championing what he considers a non-representational theory of urbanity—that is, a concept of the urban that takes into account things like affect, speed, and spaces animated by action. I’ve been particularly interested by his concept of “light-touch intimacy,” which appears in his essay:

Thrift, Nigel. 2005. But malice aforethought: cities and the natural history of hatred. Transactions of the Institute of British Geographers 30 (2):133-150.

Thrift begins by noting that there is a long history to the trope of the city as doomed; END_OF_DOCUMENT_TOKEN_TO_BE_REPLACED